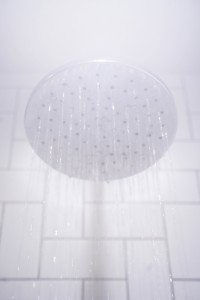 Transoms in Houston shower doors help you control humidity in your shower enclosure.

Transoms to Help With Stability and Clearance for Houston Shower Doors

Generally, when we add transoms to Houston shower doors for these reasons, they’re usually fixed rather than movable. This is because they serve their primary function without moving and are there to provide the appearance of height. However, you can add hardware to make them movable as well.

Why might you use movable transoms for your shower? Aside from a steam shower, which we will get to in a minute, there are several benefits of having a movable shower door transom. For example, you can vent steam as you shower to help reduce the temperature while you shower. One of the main benefits of a movable transom for your Houston shower doors is to help reduce the risk of mold and mildew.

With floor-to-ceiling shower enclosures, there’s a higher chance of mold and mildew growth. This is because the heat and humidity are sealed in when the doors are closed. In most cases, we recommend leaving the door slightly ajar after you shower in your floor-to-ceiling enclosure to let the moisture escape. Otherwise, you could end up with mold or mildew growing in the crevices of your shower. However, many people forget to leave the door open or it’s inconvenient to leave it open. Instead, you can add a movable transom to help release the steam from your enclosure. Leaving the transom open after a shower is often easier than leaving the door open, which makes movable transoms a great option to help reduce the risk of mold and mildew in your shower.

Many people also add transoms to their Houston shower doors for steam showers. Steam showers combine the ability to shower as well as provide a luxury sauna-like experience. Transoms in Houston frameless shower doors for steam showers allow you to control moisture and temperature inside your shower. For example, if you want to take a normal shower, you can keep the transom open or cracked to allow the steam to flow out of your enclosure and prevent you from getting too hot. By contrast, keep shower door transoms closed to lock in steam for a spa-like experience.

Transoms in your Houston shower doors can also help reduce temperature fluctuations during a steam shower. Most steam shower controls use a thermostat to determine when to start and stop a steam session. Once your shower enclosure reaches a certain temperature, it may cut off the steam and wait until the temperature drops to a certain point to start again. These temperature fluctuations can be uncomfortable and inconvenient. However, shower door transoms can help you stop this from happening. By leaving the transom slightly cracked, it helps your shower enclosure maintain an even temperature. This essentially helps you trick the control into providing a steady stream of steam and fewer temperature changes while you relax.

Also, transoms in floor-to-ceiling shower enclosures can help control mold and mildew growth in your shower. Mold and mildew like to grow warm, humid environments. When you’re finished with your steam session, simply open the transom to allow heat and moisture to escape. Therefore, shower transoms are a great addition to your shower enclosure for many reasons. If you’re designing custom shower doors, consider adding a transom for your shower. Your glass technicians can help you find the best options to suit your bathroom.

At Apple Glass Company, we offer expert shower door installation services to help you achieve the bathroom of your dreams. We also help you take care of your glass needs for your car and business. Our technicians offer high quality glass services backed by experience to help you find practical, affordable solutions for your needs. Whether you’re looking at updating your bathroom or need Houston windshield repair, our team is here to help. Call us today at (713) 680-1400 in Houston or (281) 296-0600 in The Woodlands to talk to one of our specialists about your glass needs. We are here to serve you!

This entry was posted in Frameless Shower Doors, Showers. Bookmark the permalink.